Goatmas is coming! Introducing a new map and a new game mode TODAY!

A fast-paced multiplayer shooter where goats armed to the horns bleat face to face in a relentless deathmatch..

In this time of joy and festivities, the goatiest of goats are ready to face new, deadly adventures. This is it: the time has come to introduce one of the biggest updates of Goat of Duty to date! Many new features are coming today to this quirky arena-shooter. Take a look at them!

An original new map:
Battlegoats, with its own Fus Ro Arena version! 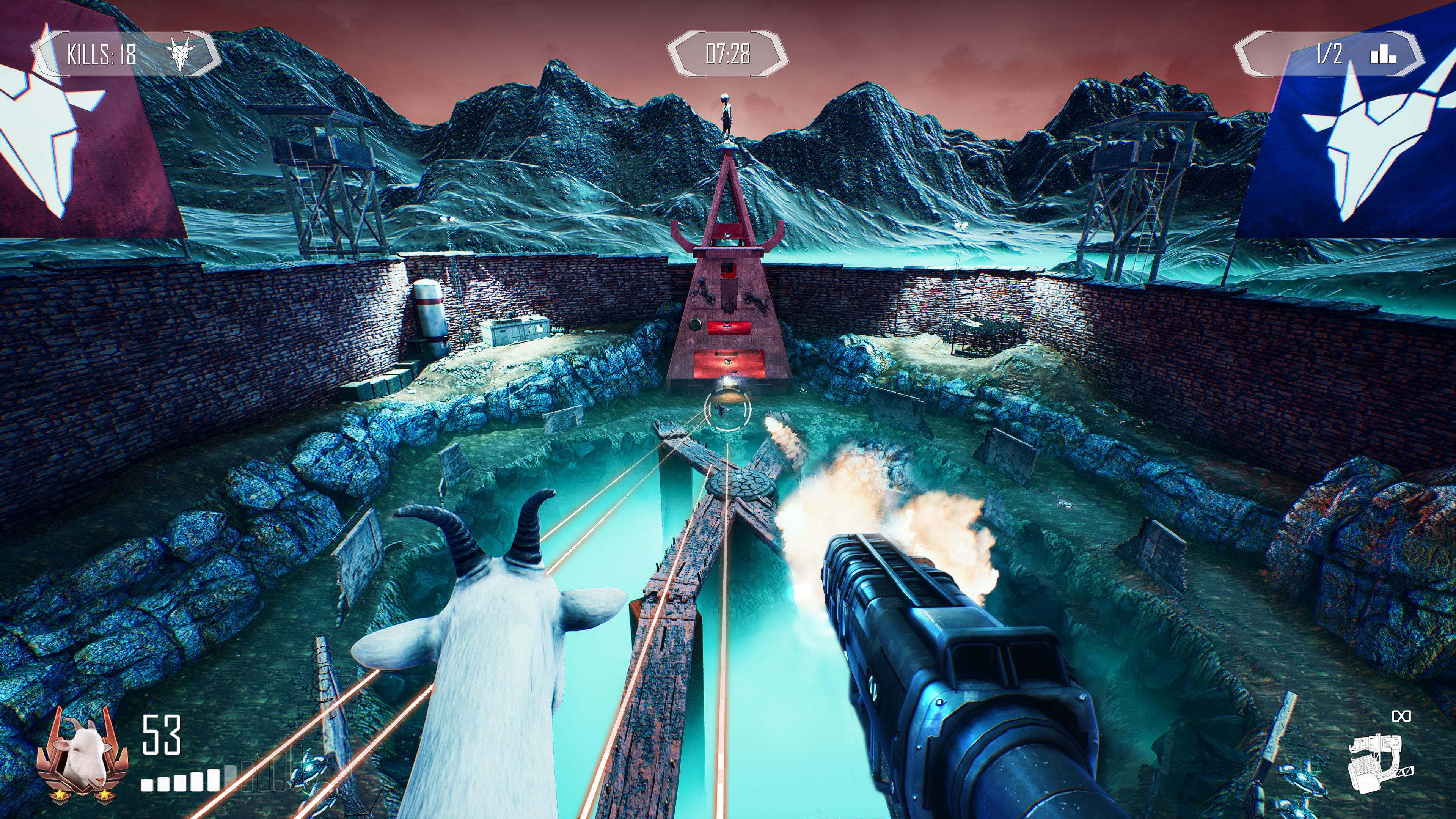 Two majestic sci-fi towers facing each other, and in the middle, a huge, empty pit. It looks like the perfect place for cybernetically enhanced goats to wreak havoc. Just so you know, our main source of inspiration for Battlegoats is Facing Worlds, the classic map from Unreal Tournament! Many hours were spent on that floating island. Ah, the memories…

In this new game mode, two goat teams have to compete against each other, capturing three areas around the map. The team that controls these zones during the longest time wins. All the maps, including Battlegoats, can be played in this game mode. Simple. Easy. GG.

Other stuff included in the Goatmas Celebration Update (0.4.1)

This is our last update of the year, but behold: 2020 will be the goatiest of years, with new content, features, and events coming to Goat of Duty! Stay tuned to know more about what’s to come.

MAY THE GOATS BE EVER IN YOUR FAVOR

song of horror Face the manifestations of the Presence, an unpredictable, eldritch AI that reacts to your way of playing. click for more info Greetings, horror fans, We are launching the newest episode of Song of Horror on January 30th! This episode, and Song of...

Give Youtubers Life to your Loved One (or to Yourself) in Valentine’s Day!

Youtubers life omg Become the most successful youtuber on the planet! Create videos, get subscribers, attend events,… Live a youtuber’s life! click for more infoWe love you! We are proud to say that, in Youtubers Life, you can marry whoever you want. This means that...

goat of duty A fast-paced multiplayer shooter where goats armed to the horns bleat face to face in a relentless deathmatch.. click for more infoFreshmint!!! Congoatulations on winning this awesome prize! We have used Commentpicker to draw the winner randomly, and you...

READ ALL NEWS
With your agreement, we and our partners use cookies or similar technologies to store, access and process personal data such as your visit on this website. We and our partners make the following processing of data with your consent and/or our legitimate interest: Storing or accessing information on a device, Customised ads and content, measurement of ads and content, audience information and product development, Sharing your navigation and stakeholder analysis with advertisers and other intermediaries in the advertising market, Accurate geographic location and identification data using device characteristicsI agree with thatNo, I´m not agreePrivacy Policy