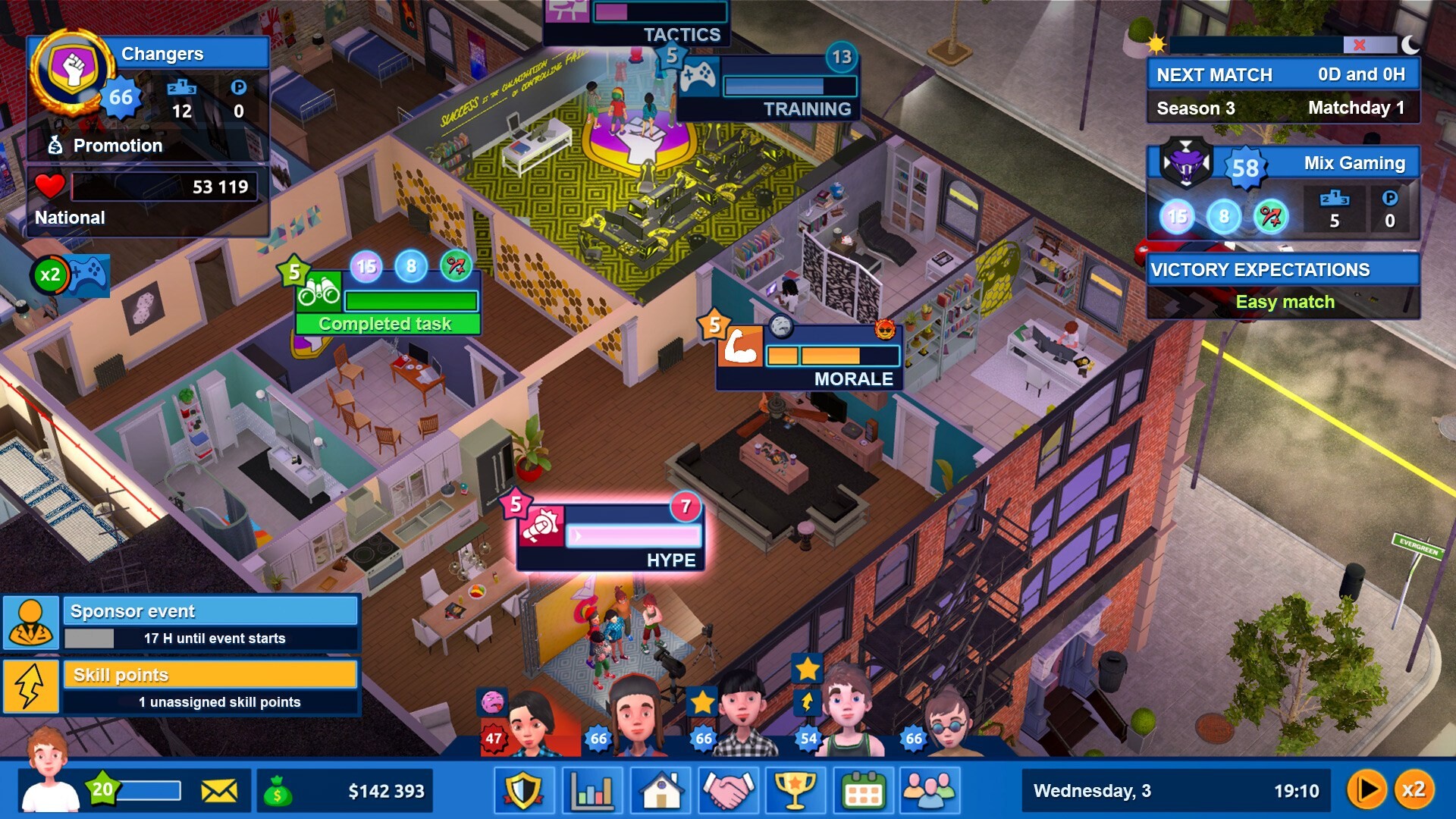 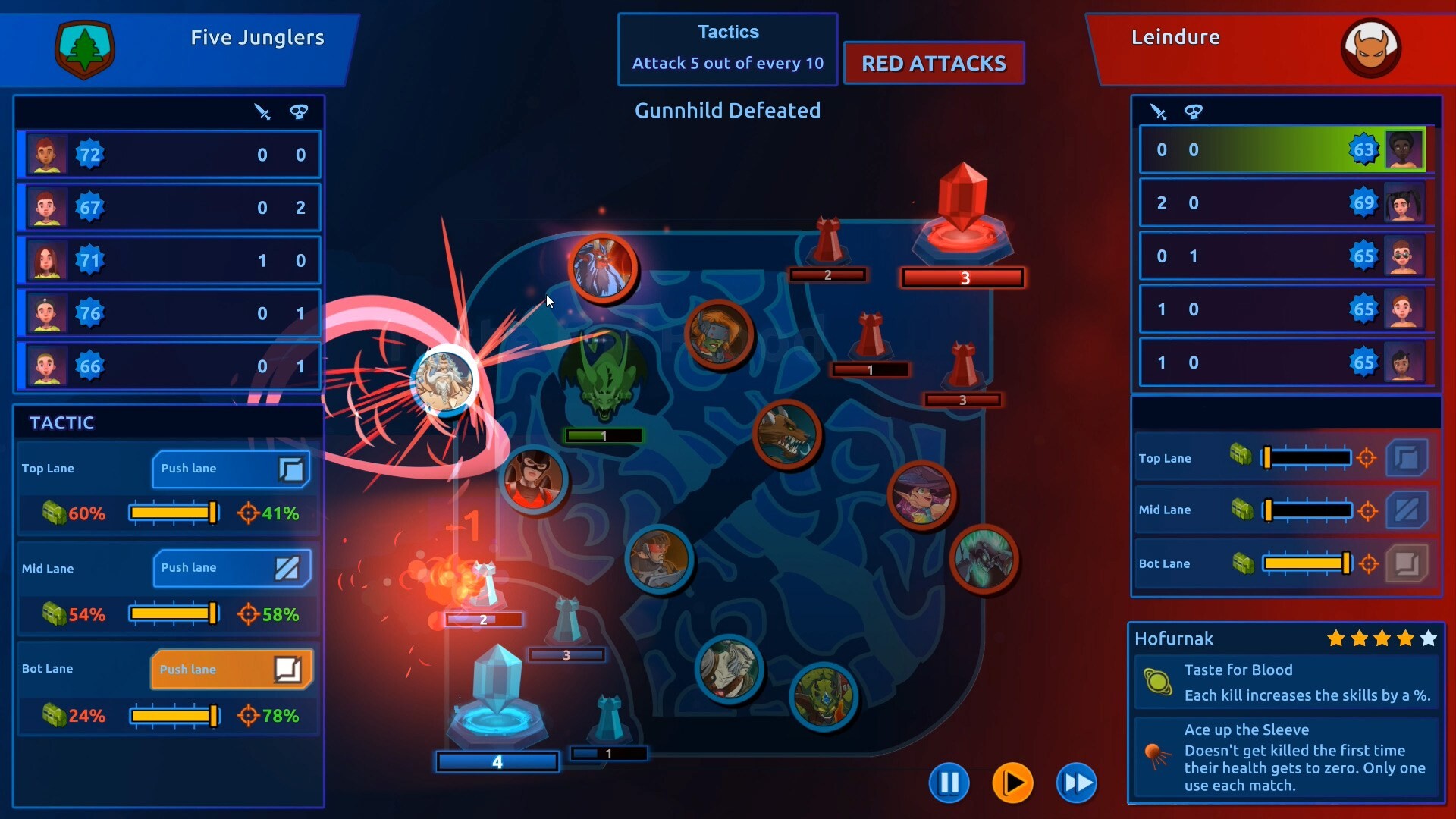 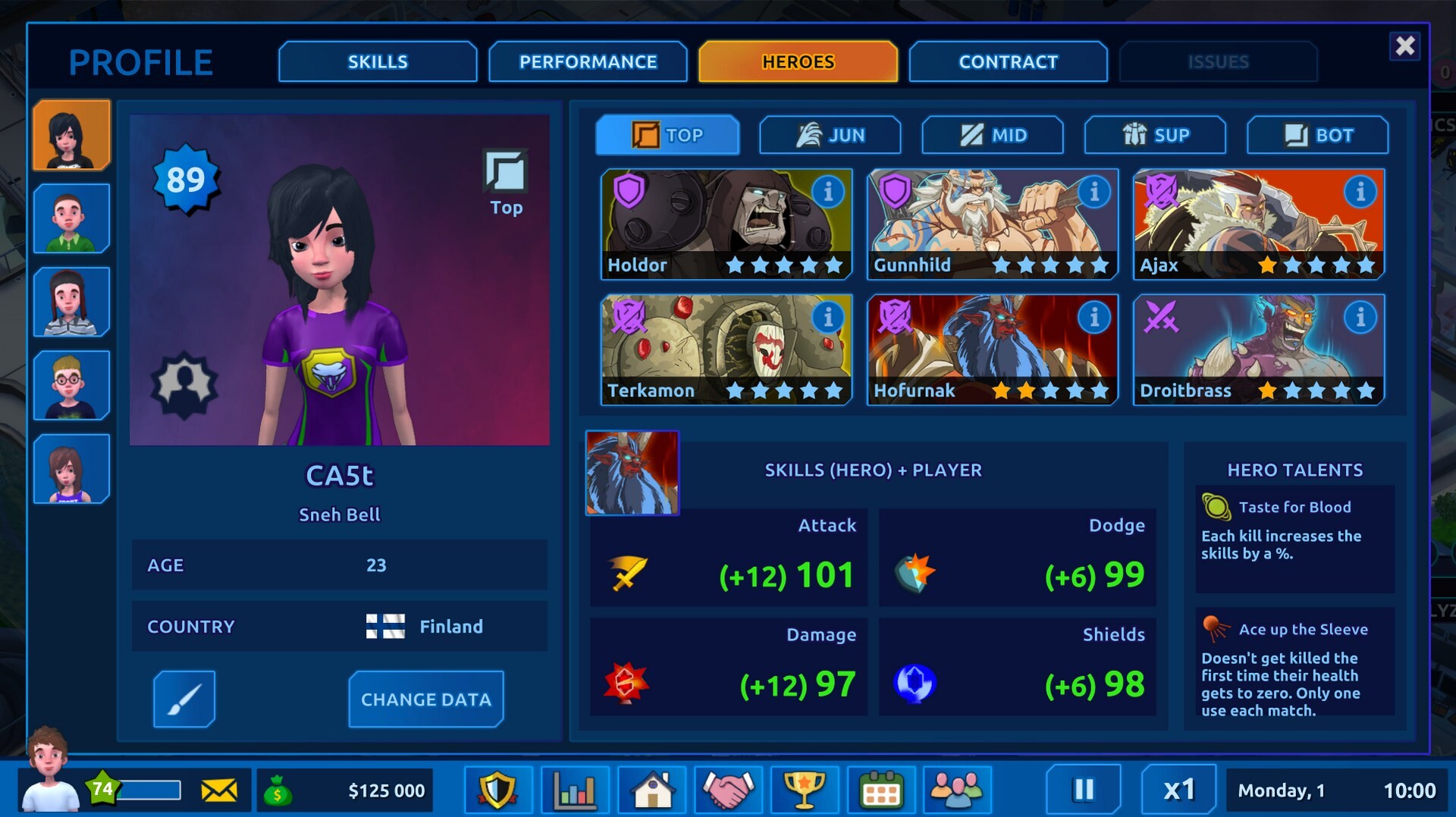 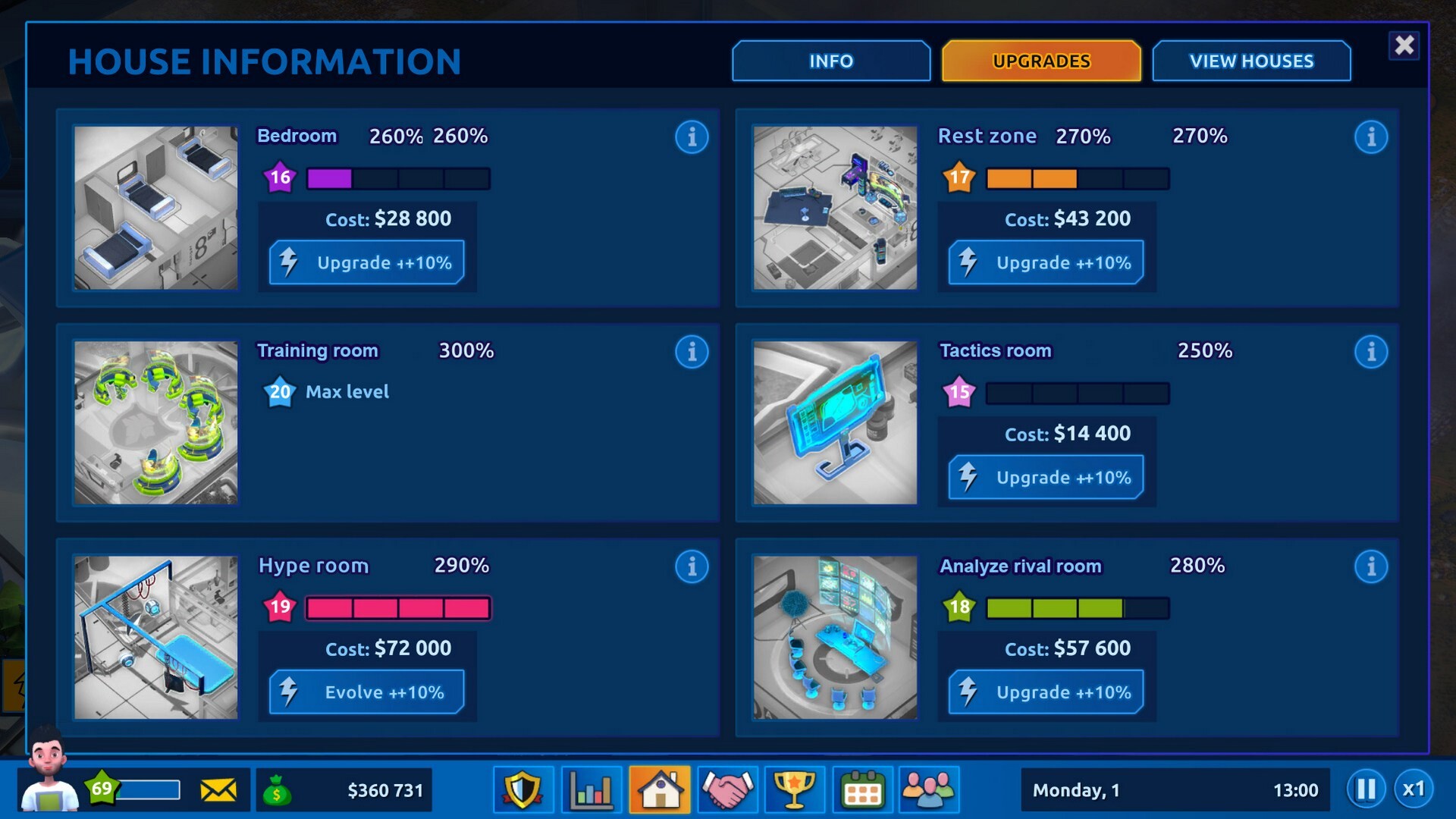 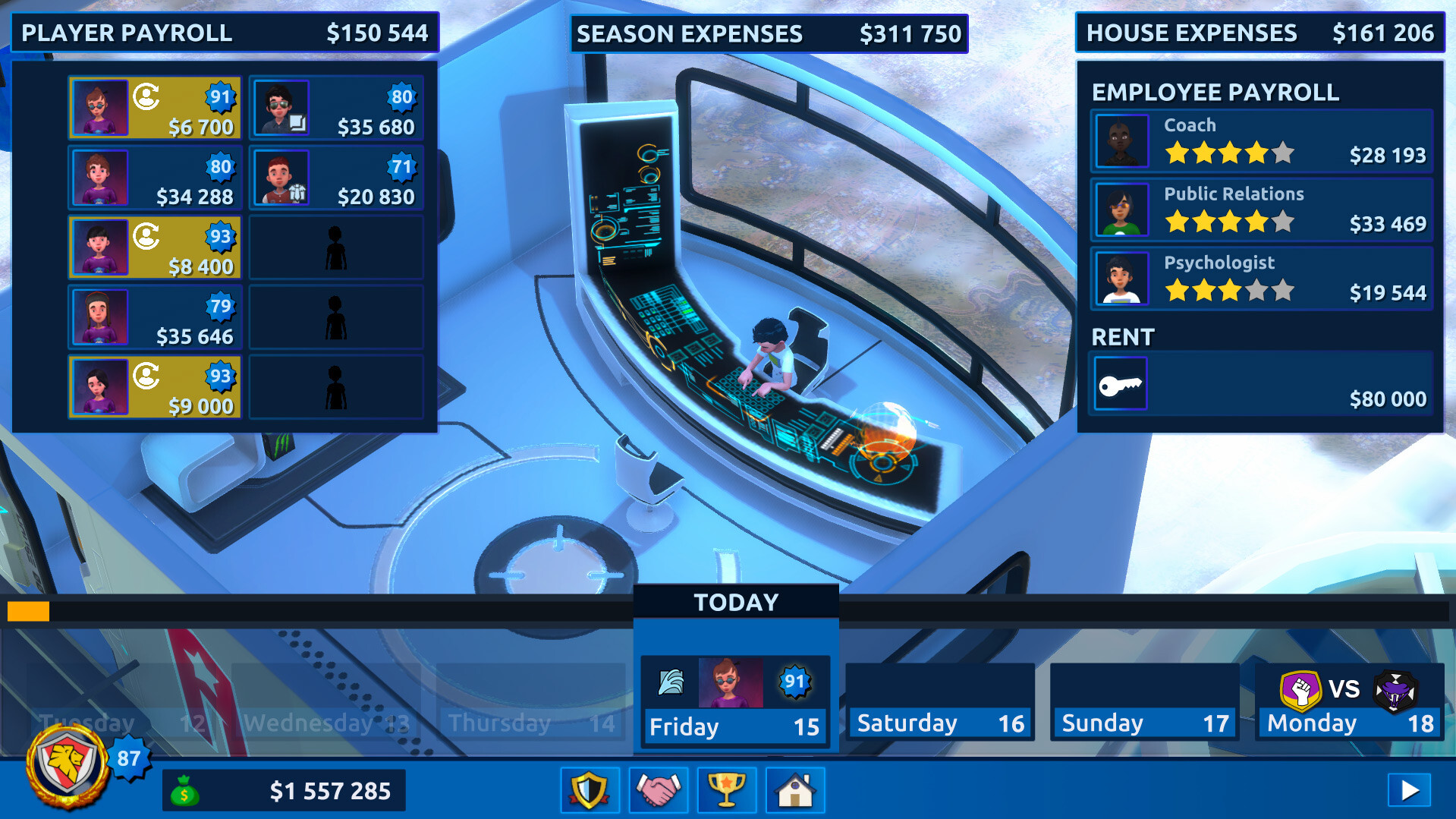 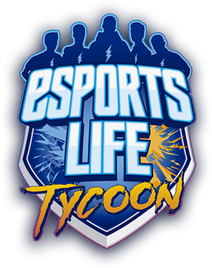 Sign up the best players. Train your superstars. Expand your team to win major tournaments around the world until you become the greatest esports team!

Manage your own esports team. Sign up the best players. Train your super stars. Deal with distractions and critical events before every match. Expand your team and gaming house to win major tournaments around the world until you become the greatest esports team!

CREATE YOUR OWN ESPORTS TEAM WITH ESPORTS LIFE TYCOON

Personalize every aspect of your professional squad: craft your shield, design your esports equipment, create both your avatar and your players from the start… Compose the esports team of your dreams and climb to the very top of the championship!

SHOCK THE MARKET SIGNING UP THE BEST STARS

The best teams need the best players, and if you really want to become the greatest manager you will need all the stars at your side. Hire promising players and convince current champions to join your team. And if one of them is dragging you down… Face the hard choice of keeping them on your squad or wishing them farewell! Nobody said becoming a champion would be an easy task.

TRAIN YOUR PLAYERS AND TAKE CARE OF THEIR WELL-BEING

Superstars don’t appear out of the blue: even the most talented players need to work extensively to improve their skills! Master champions, work on the team chemistry, analyze opponents… And do not skip breakfast! After all, the best teams are more than the sum of its parts, and teamplay (and a proper diet) is what separates a good team from a truly great one.

FROM BEDROOMS TO MILLIONS…

Winning matches will attract more fans, more earnings, and open new possibilities! Improve your gaming house as you climb divisions and start living like a superstar. Psychologists, coaches, marketing managers… All sorts of professionals will join you on your path to glory!

…TO BECOME AN ESPORTS LEGEND!

Face the results of your hard training by competing against professional esports teams. Decide between witnessing the pay-off of the match or guiding your squad by drafting champions and taking real-time decisions during simulated esports matches. And when you face the excited crowd waiting for you just remember: success belongs to your players, but it is the coaches who own the losses.